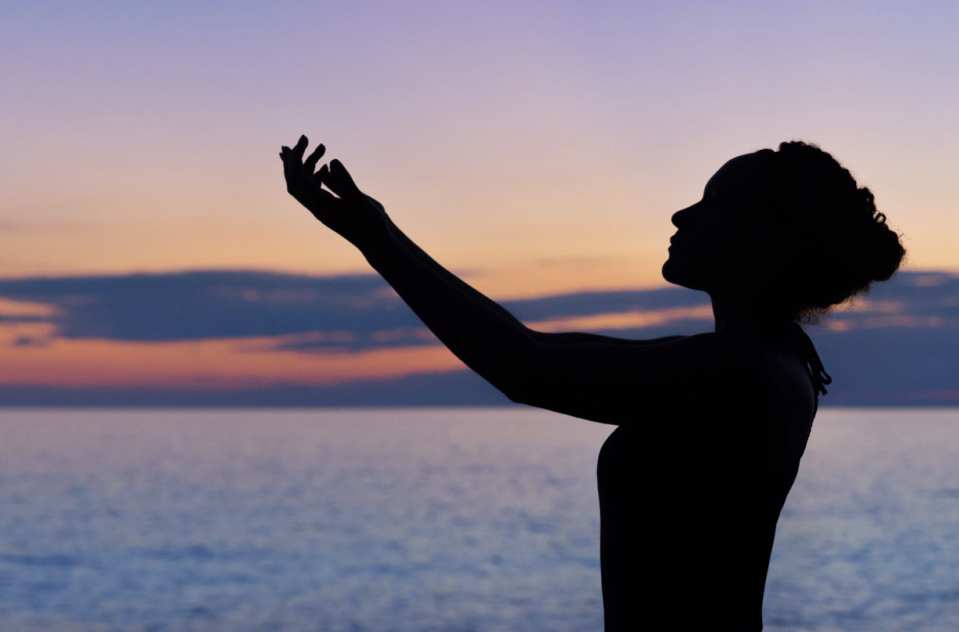 I’m often asked by friends and family to teach them how to meditate. “You probably already meditate,” I tell them. “Jogging, praying the Rosary, silent communion with Nature – these are all forms of meditation that people do all the time.”

That said, if you’re interested in learning more about traditional meditation, like the kind discussed this Harvard Business Review article or in Dan Harris’s bestseller 10% Happier, then keep reading. This short guide will help you understand everything you need to know.

Before we dive in, let’s start with some scientific facts about the health benefits of meditation:

Perhaps the best way to describe how to meditate is to tell you about my experience several years ago.

I had just read an article in my local newspaper about adult Attention Deficit and Hyperactivity Disorder. I suspected that I had suffered from ADHD all of my life and decided to consult a doctor about getting a prescription for Ritalin. “You don’t want to go on Ritalin,” he said. “You’d be on Ritalin the rest of your life.  Have you ever tried meditation?”

My answer was yes. I had meditated on and off throughout my life, having learned Transcendental Meditation when I was a child in the 1970s. (My parents weren’t hippies but, given their open-mindedness to things like meditation, they may as well have been.) The doctor suggested that I increase my frequency from once a day to twice a day.

So, I took his advice and found that the effects were subtle, but profound — I almost completely stopped getting colds, my eyesight improved, my ADHD was more manageable and, most importantly, I found that my stress level dropped to nearly zero.

I describe meditation to friends as the same kind of feeling I get right after a church service – I’m at peace, I have perspective, I’m stress-free.

When I meditate, these feelings stay with me all day long. And because I have this deep, inner sense of peace, those around me sense it and, I believe, interact with me in a more peaceful, calm manner.

So how does meditation work? There are hundreds, if not thousands, of medical studies on mediation and its effect on humans. I can’t go into all the findings right here, but I will tell you that one of the key states in meditation is called the Alpha state.

The Alpha state is the scientific term for what people sense when they meditate.  If you were to ask most people who meditate what they feel, they might say, “A sense of connectedness to all living things” or “Deep perspective and peace” or even “A feeling of oneness with God.”

The purpose of this “How To…” guide is to help you achieve that feeling of connectedness that so many people who meditate feel. Ideally, that feeling permeates your life and influences those around you.

This all leads to the most important question, which is “How do I meditate?” As mentioned previously, the act of meditation is deceptively simple. They key is to stick with it.

I’m going to encourage you to try mediation for two weeks. If, after two weeks, you’ve decided that meditation is not your cup of tea, no problem – it may not be for you. But to get started, you should try to commit to two weeks of twice daily meditation.

So, here are several easy steps to get you on your way:

Towards the end of my meditations, I introduce the following thoughts into my mind:

That’s all there is to it.  As mentioned, it’s really quite simple. If you can commit to two weeks, you’ll probably become familiar with the Alpha state.  Once that happens, you’re off to the races.

About the Author: Jamie Turner is an internationally recognized author, professor, consultant, and speaker who has helped employees at The Coca-Cola Company, Holiday Inn, Microsoft, Verizon and others do a better job leading, managing, and mentoring others. You may have seen Jamie in Inc., Entrepreneur, Business Insider, or Forbes. He’s also a regular guest on CNN and HLN, where he delivers segments on marketing, persuasion, and leadership. Jamie is the co-author of several essential business books and his YouTube channel was designated one of the “Top 10 Business YouTube Channels” in the nation by Wishpond.com.

This website uses cookies to improve your experience while you navigate through the website. Out of these, the cookies that are categorized as necessary are stored on your browser as they are essential for the working of basic functionalities of the website. We also use third-party cookies that help us analyze and understand how you use this website. These cookies will be stored in your browser only with your consent. You also have the option to opt-out of these cookies. But opting out of some of these cookies may affect your browsing experience.
Necessary Always Enabled
Necessary cookies are absolutely essential for the website to function properly. These cookies ensure basic functionalities and security features of the website, anonymously.
Functional
Functional cookies help to perform certain functionalities like sharing the content of the website on social media platforms, collect feedbacks, and other third-party features.
Performance
Performance cookies are used to understand and analyze the key performance indexes of the website which helps in delivering a better user experience for the visitors.
Analytics
Analytical cookies are used to understand how visitors interact with the website. These cookies help provide information on metrics the number of visitors, bounce rate, traffic source, etc.
Advertisement
Advertisement cookies are used to provide visitors with relevant ads and marketing campaigns. These cookies track visitors across websites and collect information to provide customized ads.
Others
Other uncategorized cookies are those that are being analyzed and have not been classified into a category as yet.
SAVE & ACCEPT
wpDiscuz